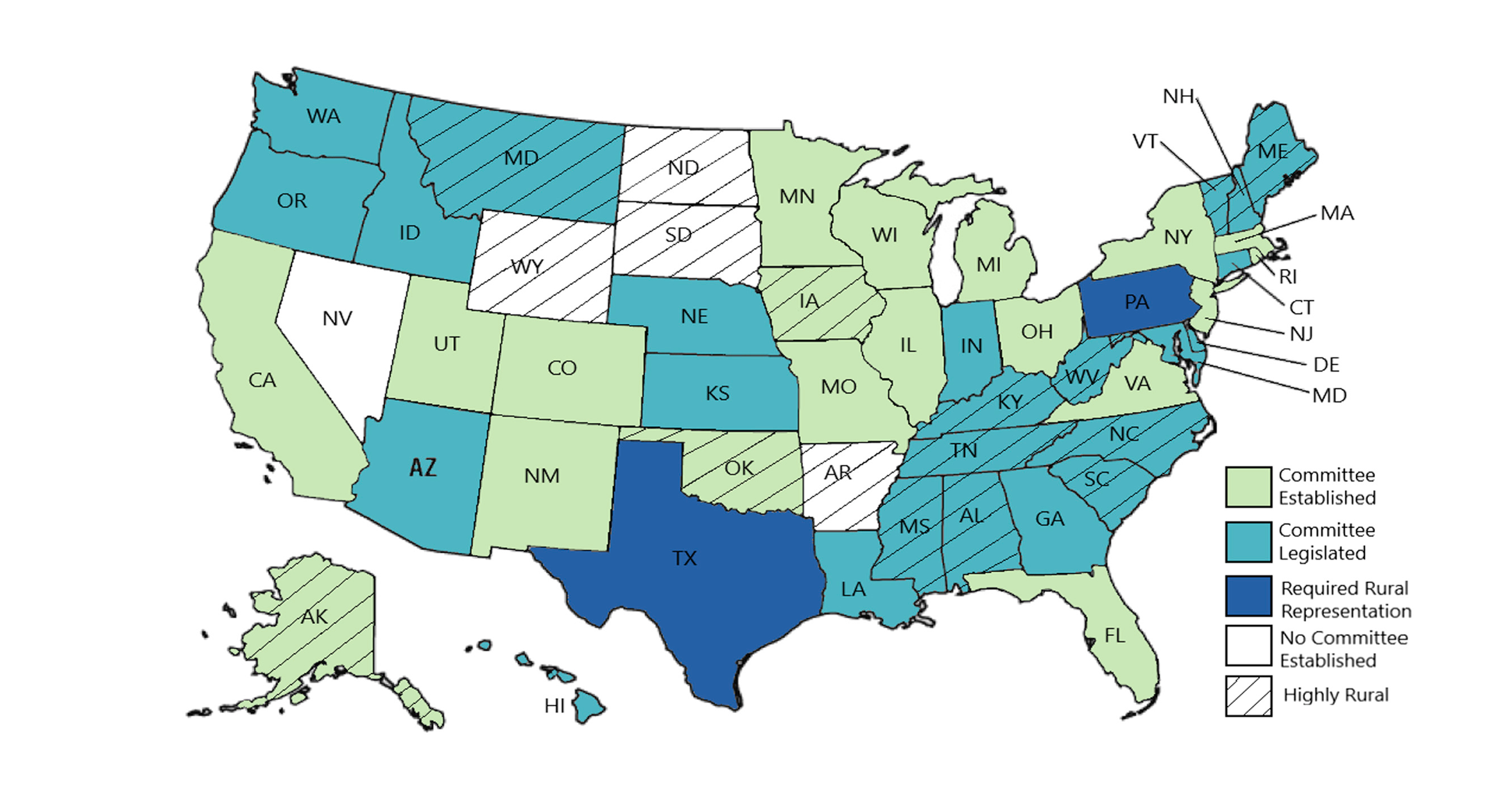 WASHINGTON, DC (August 6, 2019) — Maternal mortality in the United States has increased in recent years despite declining in other developed nations, and one response is the formation of state-level maternal mortality review committees (MMRCs) to review cases of maternal death and make recommendations for future prevention work. As of December 2018, 45 states and the District of Columbia had maternal mortality review committees (MMRCs)—but only two states required rural representation among MMRC members. This is among the findings of a new study published today in Women’s Health Issues.

Katy Kozhimannil, of the University of Minnesota Rural Health Research Center, and colleagues analyzed publicly available information on MMRCs, including whether jurisdictions had passed legislation to require them. They examined whether each MMRC required representation of any specific group, and whether it specifically mandated rural representation.

The authors report that in 2010, 23 states had MMRCs, and only six of those were protected by legislation; by 2018, 45 states and the District of Columbia had MMRCs, and 27 were legislated. They found that Pennsylvania and Texas are the only two states that explicitly require rural representation, and four of the five states without MMRCs are highly rural (with more than 30% of the population being rural residents).

Although the authors recognize that the absence of required rural representation on an MMRC does not necessarily mean states are not addressing maternal mortality in rural areas, they note that rural perspectives could strengthen MMRCs’ work. “[D]isproportionate risk for poor maternal outcomes, especially among low-income, Black, and rural individuals, must be incorporated into structures and systems designed to address this crisis, to both reverse this trend and to improve equity,” Kozhimannil and colleagues write.

“Given the alarming rates of both hospital and maternity ward closures and poor maternal health outcomes in rural areas, states must devote attention to maternal health in rural populations,” said Amita Vyas, Editor-in-Chief of Women's Health Issues and Associate Professor of Prevention and Community Health at Milken Institute SPH. “As states continue the trend of enshrining MMRCs in legislation, we hope they heed these important findings and require rural representation on their committees.”

“Rural Focus and Representation in State Maternal Mortality Review Committees: Review of Policy and Legislation” has been published online as an article in press and will appear in the September/October issue of Women’s Health Issues.